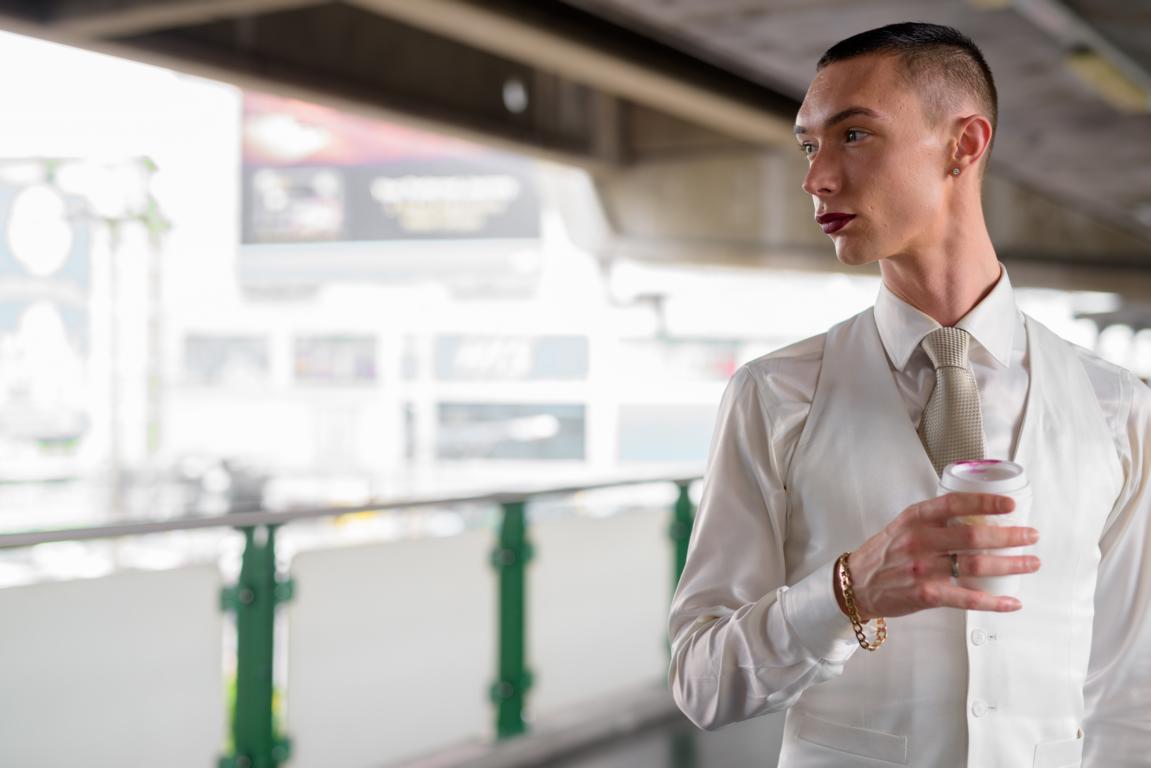 What are all the different genders or gender queer?

What is Gender Queer?

Genderqueer is the identity adopted by individuals who do not subscribe to conventional gender distinctions. They characterize themselves as neither male nor female, as someone in between or as both. They think of themselves as male/female souls trapped within the body of a female/male.

It matters a lot of different things to different people. It means their identity, whom they are inside their head, the things they like, and what makes them feel more comfortable. They have their sense of style which they are comfortable in.

It is often confused with non-binary because they both appear similar and are almost considered as same.

What are all different kinds of genders?

There are all different kinds of genders in addition to these; these are bi-gender, a-gender, lesbian, gay, non-binary, genderqueer, and gender fluid. Different coloured pride flags represent these genders. The genderqueer flag is a combination of three different colours.

The lavender is a mix of blue and red that is a purple colour, which is traditionally associated with both men and women, representing queer qualities as well as androgyny. The white stripe represents a-gender and gender-neutral identities. Chartreuse is the strip opposite to the lavender representing third gender recognition and identification outer the binary gender.

Non-Binary is the expression for describing people who may have experienced a gender recognition that is neither female nor male nor in between them or none at all. It is almost similar to Genderqueer. Non-binary and genderqueer (NBGQ) individuals recognize themselves as neither male nor female; their identity is located beyond the gender, changes between the gender or disapproves the gender.

It’s just a matter of how they feel and what feels right; it’s just a personal thing that they know it themselves. They may identify as gender-fluid under a Gender-Fluid Flag or Non-Binary Pride Flag, A-Gender, Third Gender, or something else entirely.

NBGQ has different and unique choices regarding their wardrobe; some like to dress more in male outfits while some like pinky dresses despite their gender. They will have short or long hair, makeup or no makeup on, trimmed or polished nails keeping aside the gender their soul is in. They will do what they like and live in their way, keeping aside all the judgment they may face.

What is the difference between genderqueer and non-binary:

NBGQ are both gender-radical and are incredibly similar in scope; however, in practice, their insinuation is different. Genderqueer means a nonprescriptive gender, while Non- Binary refers to the gender that is not according to the gender binary model.

Is genderqueer also termed as transfeminine?

Transfeminine is the term used to describe transgender, not Genderqueer. Transgender is an expression reflecting individuals who were assigned as male at birth but identified with more femininity than with masculinity.

All transgender individuals may not have a binary identity. They would be identifying themselves as a woman if they were male gender assigned at birth (MAAB) or man if they were determined as female at their birth (FAAB).

How genderqueers are referred to by others?

Genderqueer people make different alternatives about how they want to be cited by others. Some are comfortable to be referred with pronouns of a different gender while some accept the pronouns agreeable with their assigned gender. Others seek to use they and them as non-binary singular pronouns or by coined non-binary pronouns- zee or sie instead of he or she and zir or hir instead of her or him.

Similarly a few want to be called only by their first names while some adopt androgynous names. They amalgamate male and female characters traditionally and conjecture words that are more classic for somebody with a gender different from themselves.

The attitude of society towards them:

In the initially 21st-century gender-nonconforming individuals have more recognition due to seizure to knowledge, information and the internet. Due to which they could meet others like themselves, without an invisible mask. Previous generations of gender non-confronting activists had put efforts in the past, which has started bearing fruit; now, these individuals have a considerable scope of choices for explaining and elucidating their gender identities.

They were accessible to those people who were there in between the 1960s and the 1990s. Now there is an increasing number of transgender, genderqueer and non- binary images in popular culture. However, despite all this recognition they are still frequently punished by the society, and are highly stigmatized.

Researches show that gender non-conforming, lesbian, gay, bisexual, and genderqueers high-school and college students experienced a greater level of violence and harassment. The rate of unemployment, confinement, and crime victimization is higher in these individuals and is much higher among Trans-genders. The identity of Trans-genders is affected by race, class, ethnicity, nationality, religion, custom, moral values, and by many other aspects.

This different culture, societies and communities have different norms and mindset regarding what male and female behaviour and appearance should be. In short, still in this century, the privilege to walk freely and openly in most areas of society is available to a few, not all of them.

What was the first country to legalize homosexuality (Same Sex Marriage)?

Cindy Crawford’s festival style is flawless with a capital F

If you only train your chest muscle, You’ll end up looking worse